We are excited to present our New Theater Program: Check out our video and Join Us Today! 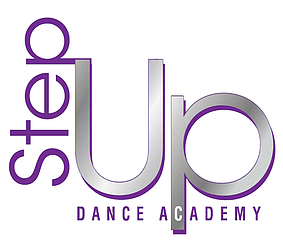 The History Of Dance

As you look back in time, you can see the history of dance has had a dynamic and unique place in society. Between cultural ceremonies to modern dance performances, dance has played a significant role in every time -period throughout history. Many new dances have been created and modified from dances from the past. The vitality of dance has had such a prominent influence throughout history because of the expression of art it displays. Dance is nothing short of being timeless, even with the new types of dances that have emerged; the core foundation and historic principals remain the same. Here is an overview of the history of dance from Step Up Dance Academy.

Dance Through The Ages

Did you know that the history of dance dates all the way back 9,000 years ago? Scientists and archaeologists have discovered cave paintings that show images containing people partaking in various dances. Though it’s impossible to know exactly why these dances were performed during this period, it can be guessed that they were more linked to different cultures and tribal ceremonies. As for the ancient Egyptians, dances were used as both of a form of entertainment and for religious rituals. Dance was known to be a major proponent of celebrations and festivals during this time.

Dancing During The Renaissance

When we think of modern dance, typically the majority of people think of more artistic dances that are more recent. However, modern dance was actually originated in Europe, during the Renaissance period. The variety of dances during the Renaissance varied from slow dances, (upheld by the court), to fast-paced dances which included women being lifted into the air by their male dancing companion. The middle ages set the tone for the foundation and rhythmic standard of modern dance.

As the turn of the century happened, dances again went through another form of evolving, which lead to the birth of the waltz. The dance was constructed and orchestrated by famous composer Johann Strauss, whose inspiration came from dances from the 16th century. All over Europe and America, the waltz captivated the hearts of many, including, Queen Victoria. Originally the waltz was performed at arm’s length between the men and women dancing partners until Queen Victoria insisted on the dance having a more close embrace between the two partners.

The Influence on Today’s Dances

All of the dances from the past 9,000 years have had an influence and an indirect impact on the dances that have emerged in the past 20 years. Contemporary dance, tap, ballet, and jazz can all be linked to having origins from past famously well-known dances. The creative minds of artistic directors such as Christina Delsisso of Step Up Dance Academy, tend to look at the history of different dances, to develop new and inventive dance techniques and stylized choreography All the dances, can greatly differ in movement and choreography, they all still have in common the expression of art.

We are a professional dance studio located in Henderson, NV. We offer a "home away from" environment that offers quality education in performing arts.